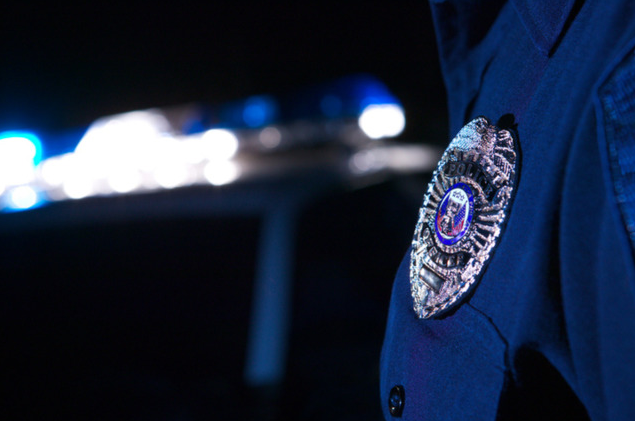 As some of you may know, Tennessee lawmakers made clear last summer in July 2016 their intention to pass a number of bills that they are labeling “Blue Lives Matter” bills. They have chosen this label intentionally. #BlueLivesMatter became a hashtag and slogan for those supporting the police against #BlackLivesMatter activists and those demanding racial justice amid high-profile police killings and brutality.

They lawmakers have a website www.tnbluelivesmatter.com and they are calling themselves the “Tennessee Blue Lives Matter coalition.” What these bills have in common is that they would increase the penalties for people convicted of assaults on police officers and treat the police as a class of people deserving of special protection by the state. Ultimately, the lives of police are already protected by existing laws — this new legislation seeks exclusively to unjustly punish and pit the police against the people.

The three bills the coalition announced in 2016 included 1) classifying the killing or attempted killing of an officer as a hate crime as they have already done in Louisiana 2) elevating charges for assaults on a police officer and 3) levying a fine against anyone who publishes an officer’s home address publicly. They have followed through on introducing all three bills in this year’s 2017 legislative session.

In January, the legislation SB 6 that would make killing a police officer a hate crime was introduced by Senator Green but was immediately withdrawn, thankfully. It is off the table for now.

There are two separate bills calling for elevated charges for assaults on a police officer.

HB 835 / SB 1342 is being sponsored by a Democrat from Memphis, Representative John DeBerry and also sponsored by Republican Senator Paul Bailey a Republican from Sparta. This would create an enhancement factor by which a sentence can be increased, where a person is convicted of committing a violent offense against a law enforcement officer. This would of course include being deemed to have used violence against the police in resisting arrest. This law already exists in Florida. DeBerry says in defense of the bill that “what we’re trying to do is protect uniformed officers.” OPPOSE

A similar bill HB 168 / SB 206 is being sponsored by Rep. Gerald McCormick and Senator Todd Gardenhire, both Republicans from Chattanooga, elevates the Class A misdemeanor offense of assault to the Class E felony offense of aggravated assault for assaulting a law enforcement officer. OPPOSE

Assaulting a police officer is a charge that is often used against protesters when they are defending against police abuse. This bill would further punish citizens who are defending themselves against police violence. An example of this abuse is the 2012 case of of Cecily McMillan, an Occupy protester who was sexually assaulted by police and in pushing him away, was charged with assaulting a police officer and sentenced to 3 years in prison.

And finally, the bill HB 560 / SB 467 would create the misdemeanor offense of unauthorized release of a law enforcement officer’s residential address to the public punishable by a $500 fine if the release is criminally negligent or a $2,000 fine if intentional. OPPOSE

In addition to these three Blue Lives Matter bills, there is additional legislation that we think is worth following. One bill that would give a (racist) (white) person immunity if they make a false alarm to the police about a (black) (Muslim) person who is not engaged in unlawful activity, and another bill that would make it harder to prosecute a crime when defendants claim self-defense.

The first bill would protect (white) people who are engaging in racial profiling from being charged with making false alarms about (black) (Muslim) people not engaged in unlawful activity. HB 1366 / SB 816 is sponsored by Republicans Rep. Judd Matheny from Tullahoma and Senator Mark Green of Clarksville. This bill gives immunity from civil or criminal liability to a person for making a report to law enforcement of suspicious activity or behavior if the report is based on articulable suspicion. In Pennsylvania, multiple people used racial profiling to make false alarms calls to police about a Sikh man for simply being dressed in traditional Sikh clothing. In Ohio, a judge ruled that the 911 caller who reported John Crawford III to police which ended in his murder by police had made a false alarm which is a first-degree misdemeanor in that state. The white man who called 911 did so based on racist assumptions about John Crawford III and his call is in part what led to that young black man being shot on sight by the police. If this bill passes in Tennessee, no person who calls the police can be charged with making a false claim if the report is based on “articulable suspicion.” Certainly suspicion is racially charged, subjective, and wrought with implicit bias. This would encourage more false claims and racial profiling. OPPOSE

HB 1006 / SB 861 sponsored by Representative Andy Holt a Republican from Dresden and Senator Kerry Roberts a Republican from Springfield. This bill would make it harder to prosecute people who claim self-defense and provides financial compensation for wrongful prosecution. In theory, this could help anyone of any race who uses self-defense from being wrongfully prosecuted. In practice, it would likely be racist in application. Think about the Trayvon Martin case. Charges were pursued against George Zimmerman, who claimed self-defense, but ultimately were not filed. If they had been filed, and the case was lost, the prosecution would have been responsible for paying Zimmerman’s attorney fees. It would also make it harder to prosecute cases like this. OPPOSE

These bills in Tennessee and across the nation are in direct response to the progress made in raising awareness of racist police brutality and racial profiling over the past few years. More analysis of how these bills would affect existing law is needed, but this legislation is very time sensitive so we wanted to put out an alert now. Please call your legislators and let them know you oppose Blue Lives Matter and other legislation that encourages racial profiling.